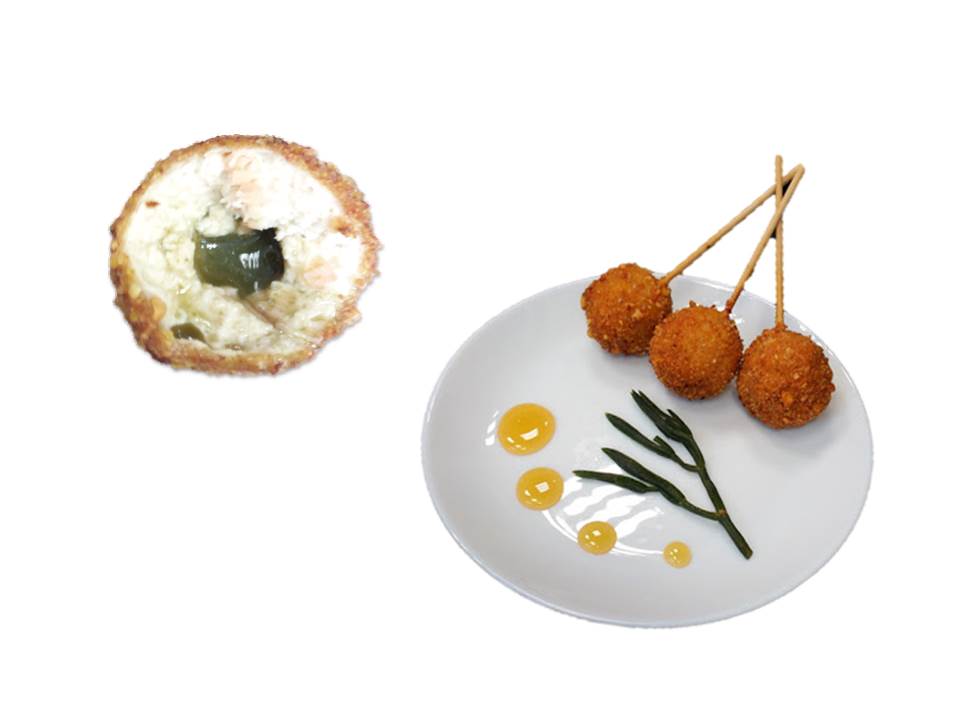 Sara Villaescusa Vilda, under the guidance of Dr. Oscar Martínez Alvarez and Professor Pilar Montero García (research group INNOVAPESCA, Department of Products, ICTAN), and under tutelage of Dr. Bernardo Prieto Gutiérrez (Department of Hygiene and Food Technology, University of León) has recently won first prize in the annual Prototype Competition of the University of Castilla y León. This competition is organized annually by the General Foundation of the University of León (FGULEM) within the framework of an operational plan co-financed by the European Regional Development Fund (FEDER) and the government of Castilla y León. The product, a “Lollipops” of fish from fish discards with a core of halophyte coastal plant (microencapsulated and per se)”, was developed within the framework of the National Plan Project (ref. AGL2014-52825-R) “Exploitation of halophilic coastal plants and” discards” for the design and development of products”. This project is directed by Dr. Oscar Martínez Alvarez and Dr. Elvira López Caballero and financed by the Spanish Ministry of Economy, Industry and Competitiveness (MINECO).

The objective was to develop a product from a mixture of different discards, present in variable proportions according to their catches, obtaining a single final product. The design of this product should have a functional contribution with the incorporation of Sea arrowgrass, an edible halophyte plant rich in polyphenols and abundant on the Spanish coast but hardly exploited. As a processing strategy, the texture was modified without appreciating the typical continuous and gummy sensation of a gel type product. In addition, the product had a fresh and natural appearance. The development of this product would allow the exploitation of discarded fish species, obtaining a desirable product for children, catering or restaurants. The product could be commercialized ready for frying or baking (whether fresh or frozen) as a commercial line of gourmet character. This prototype was developed in the frame of the End-of-Grade Work (TFG) entitled “Development of a functional product from underutilized species: discards from fishing and halophilic coastal plants”.