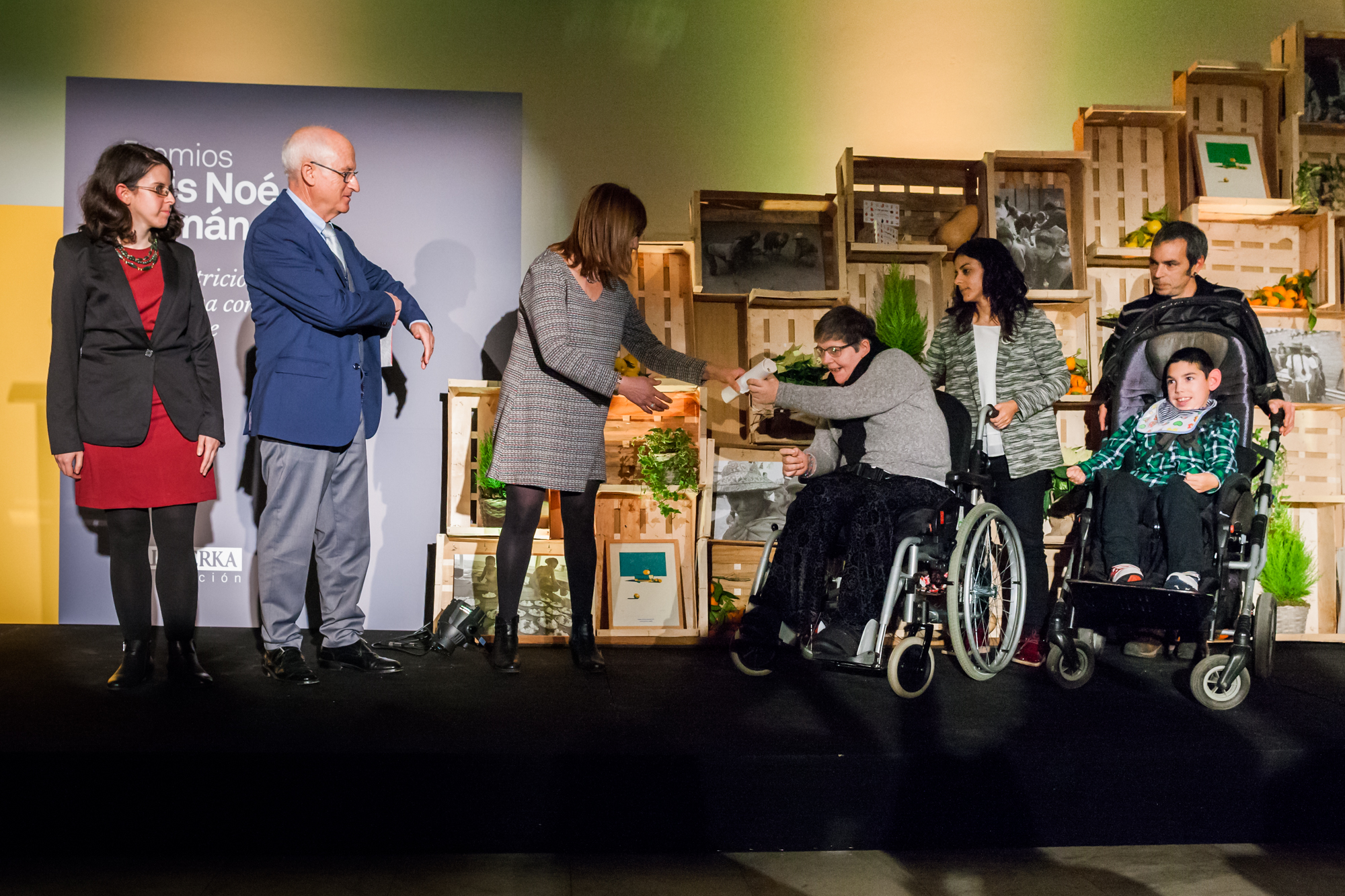 The research team POLIFIBAN (Non-extractable polyphenols, dietary fiber and antioxidants in health) from the Dpt. Metabolism and Nutrition of the ICTAN, led by Prof. Fulgencio Saura-Calixto, has received the Luis Noé Fernández Award in the Nutrition category. This is the sixth edition of these Awards, organized by Alimerka Foundation. The jury has recognized both the evolution of the research team and the research line developed during the last ten years, which was presented under the title “Properties and applications of dietary antioxidants in nutrition and health: relevance of macromolecular antioxidants”.  The association “Espigoladors” was awarded in the category of Fight against hunger.
The prize was awarded in the Congres and Exhibition Centre “Ciudad de Oviedo” on December 15th.