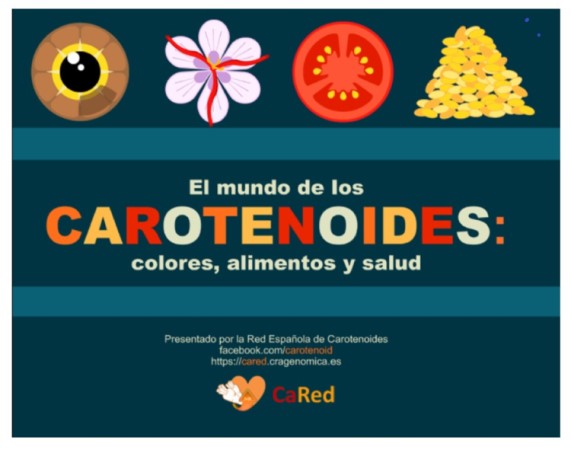 The Spanish Carotenoid Network, known as CaRed, has published a divulgative book on carotenoids (in Spanish) that can be downloaded from this link: https://cared.cragenomica.es/

CaRed, includes10 Spanish research groups dedicated to the study of carotenoids, including Begoña Olmedilla-Alonso, researcher at ICTAN. CaRed was formed in early 2016, funded by the “Networks of Excellence” program of the Spanish Ministry of Economy and Competitiveness (BIO2015-71703-REDT and BIO2017-90877-REDT).