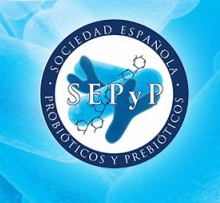 Dr. Pilar Rupérez, from the Departament of Metabolism and Nutrition at ICTAN-CSIC, has been activelly involved in the Prebiotics Group from the Spanish Society of Probiotics and Prebiotics (SEPyP), to make the Scientific Consensus on prebiotics. Different research scientists from CSIC, Universities, Hospitals and industry have participated in the consensus document which has been presented at the SEPyP’s VIth Workshop on Probiotics, Prebiotics and Health: Scientific Evidence, held in Oviedo (Spain) on the 5th and 6th of February 2015.

The Scientific Consensus on Prebiotics will be soon available at SEPyP’s web site for those willing to suscribe it.